Skip to content
2020 is a new year, a new wave, and a brand new decade. People try their best to start fresh, not dwell on the past, and focus on their 2020 vision, no pun intended.
For the 5-piece Atlanta punk band, Upchuck did just that. Reppin’ ATL to the fullest with their fellow scruggs, Upchuck had an unbeatable ep release party. With quite a few friends opening up for them, Kent Osbourne, Eat from Philly, and Rude Dude with some long ass name I don’t remember. It was a night of nonstop beautiful moshpits. 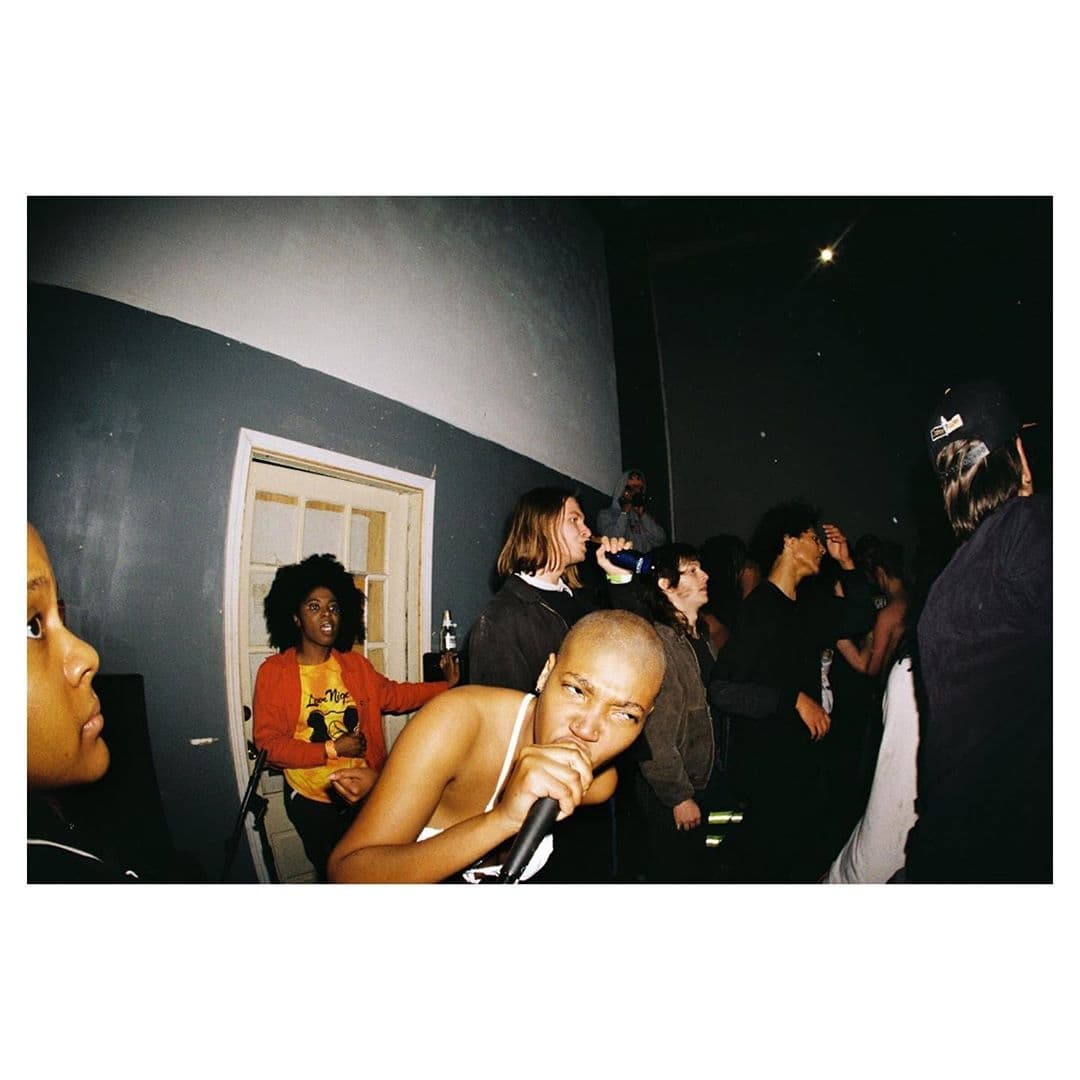 The venue for the night was Headspace, an old but awesome bike barn in the cut off the beltline next to gentrified homes and Airbnb’s. There’s no better way to raise a raucous in this neighborhood with a head-splitting hardcore punk show. Upchuck brings out skaters, punks, hipsters, and hip-hop heads out all alike. Nothing but unity from all colors & faces. If you drop to the ground, it’s only mosh etiquette to pick that floored soul up.
Before Upchuck even began, a shopping cart made it’s way to the floor. Soon as their set started it was in midair getting crowd surfed with different bodies all night. Sweaty shirts, hats, bottles, and t-rex heads were flying through the air all night as well. Yes, a t-rex costume head, you read it right. Some dude was even about to toss the shopping cart into the crowd but some people and myself stopped him, like C’mon man, for real? 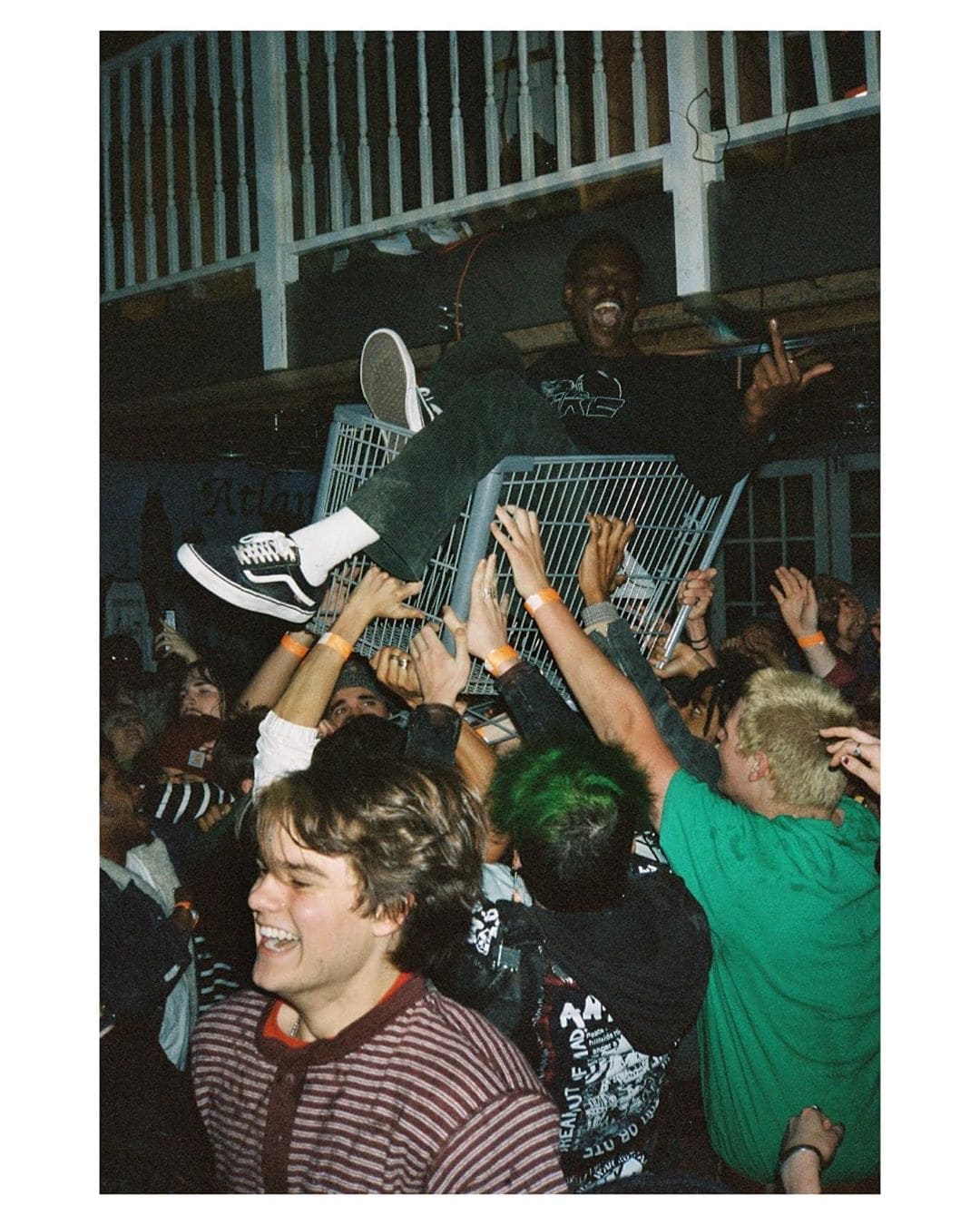 Lead singer KT got gashed in the head from a bottle but that didn’t stop her from rippin’ the mic and thuggin it out.
I must say, this is probably the best and wildest release party I’ve been to personally. With the venue packed wall to wall with nothing but love, I pray Upchuck makes it to even bigger horizons.
– Mateo
Check out their self titled ep below
Photos by @nomoplayinga
Video by @princegolden