1. How long have you been tattooing?

I’ve been in the tattoo industry since 2004, the year I turned 18. I had graduated high school at 16 and started an apprenticeship soon after. Finally got licensed after I completed it.

2. What got you started and inspired you?

I’ve been able to draw since I could write my name and Art was always something I knew I wanted to be heavily involved in whatever I did in life. Having lots of friends who had tattoos, I got my first at 16 in some trailer park and realized that there’s a nonprofessional side of tattooing that I wanted to avoid and I started paying attention to black artists who were creating amazing pieces on our skin tones. The inspiration was definitely those two moments. 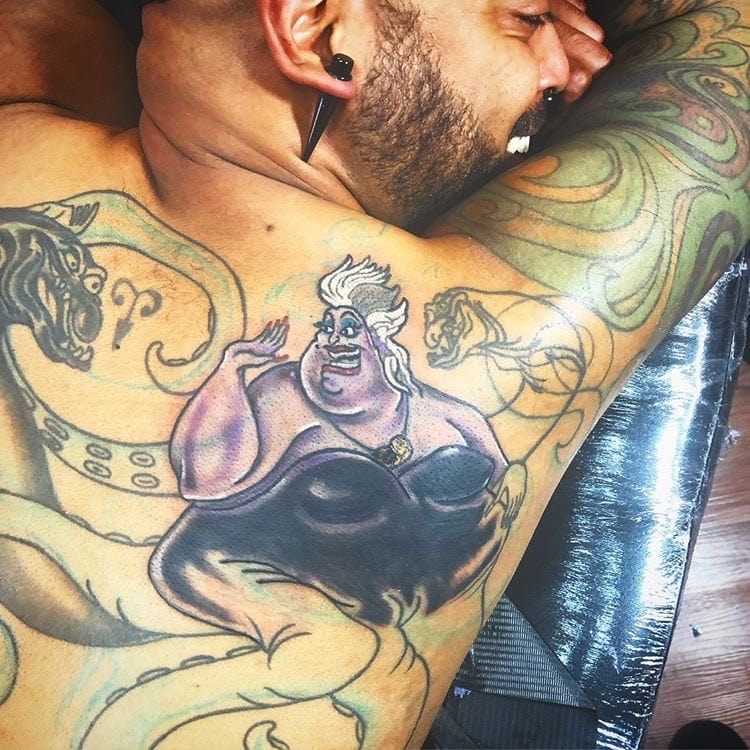 3. What’s your favorite piece on yourself vs. What you’ve done on another person?

My favorite piece on myself is a portrait of my son who I lost 8 years ago. It took a long time for me to get this because I didn’t know if I could mentally deal with it but it’s my most cherished tattoo.
My favorite tattoo I’ve done on a client would be a coverup of an entire color and 20plus-year-old sleeve with a fully black and grey sleeve of Viking body armor. Just the concept of covering a sleeve with a sleeve is wild and I’m very proud of how it came out and healed up. 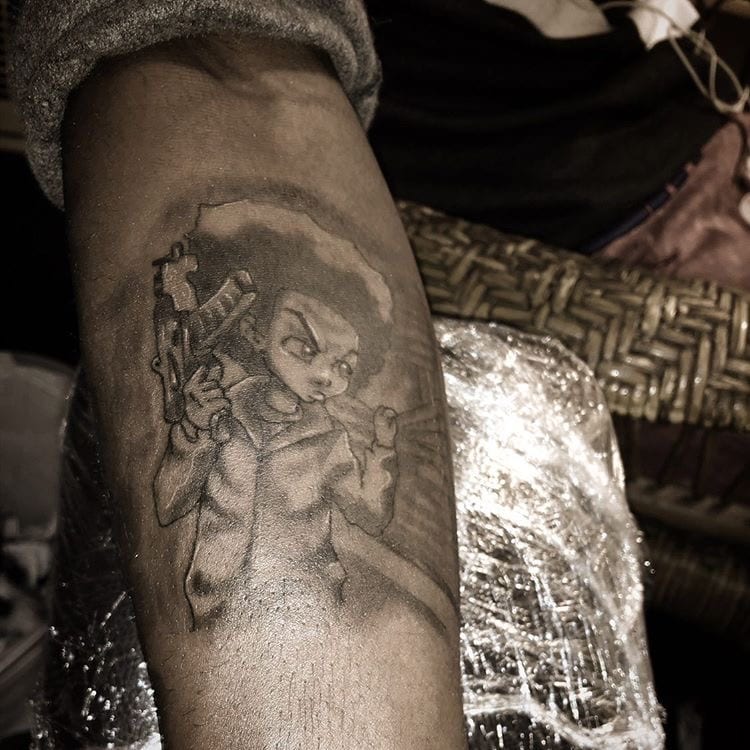 4. Any favorite bands? Old or current?

This is a list I’ve never been able to complete so I’ll keep it short. Misfits, Animals as Leaders, Bad Brains, Massive Attack, Glassjaw, The Cure, Black Dahlia Murder, Body Count, Deftones, The Clash, Faith No More. They’re not all punk, I know, but I like what I like.

5. What musical got you through a tough time?

I’d have to say The Cure. Life can get depressing as hell. They seem to have the ultimate catalog for doom and hearing almost any song will and have always gently walked me through my tough time to a place where I can find hope. 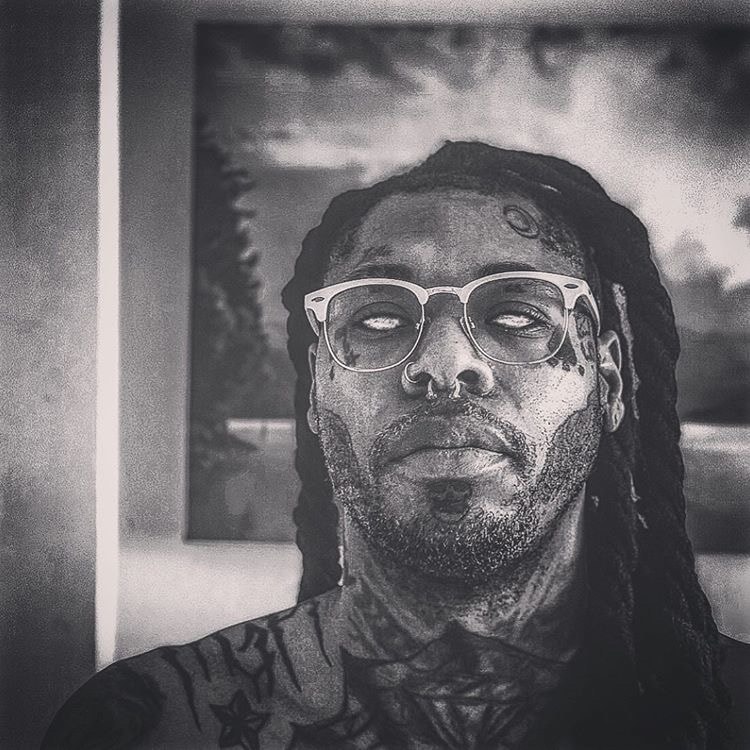 Marvel. It’s always been Marvel for me. I’m an 80s kid and comic books were life growing up as a young artist. Marvel comics spoke to me in a way DC didn’t. Marvel felt like they paid at least SOME attention to social constructs of society and I always respected that. They seem to have taken the cinema world by storm as well. Although, ‘Birds of Prey’ was riot grrl power to the max and I’m always here for that!

7. Here’s a curveball. What’s your favorite Dinosaur and why?

Brontosaurus. I’m 6’6” and not skinny so a tall, thick, herb loving dinosaur would’ve totally been me. Plus, Littlefoot was the cutest. I may be dating myself with a ‘Land Before Time’ reference but hey, you said dinosaur. 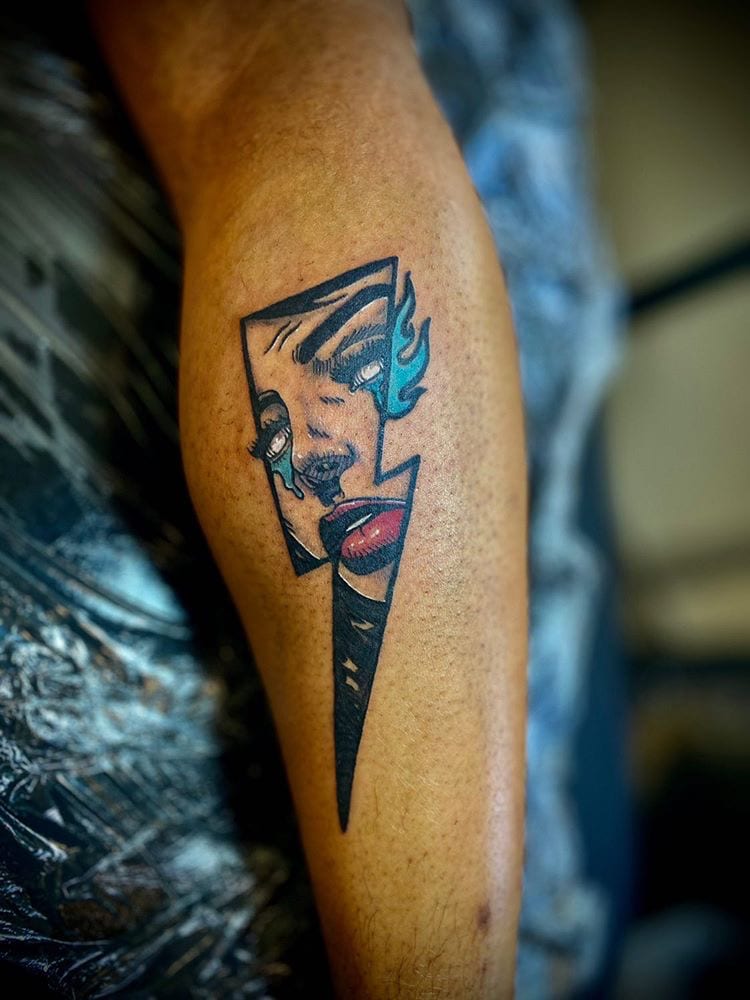 8. If you could tattoo any celeb, who would it be?

I’ve actually spent a few years only tattooing in the entertainment industry. Which sounds cool until famous people start owing you money. I still have a few celeb clients that I work with though because they’re good people and I’ve known them for years but I don’t like to name drop. I will. But I don’t like to mention people who, again, are famous and owe me money. I was on MTV’s Teen Mom tattooing at my shop last summer which was cool exposure without having to make anyone a teen mom.

9. Has gentrification affected you or your business at all?

I’m a firm believer that tattooing is so historically African that the idea of artists who aren’t Black dictating what can or can’t be done to skin soaked in melanin is gentrification and has been happening since this art form became an industry and is still affecting us. Other people taking over OUR culture and various aspects of it is always gentrification to me. 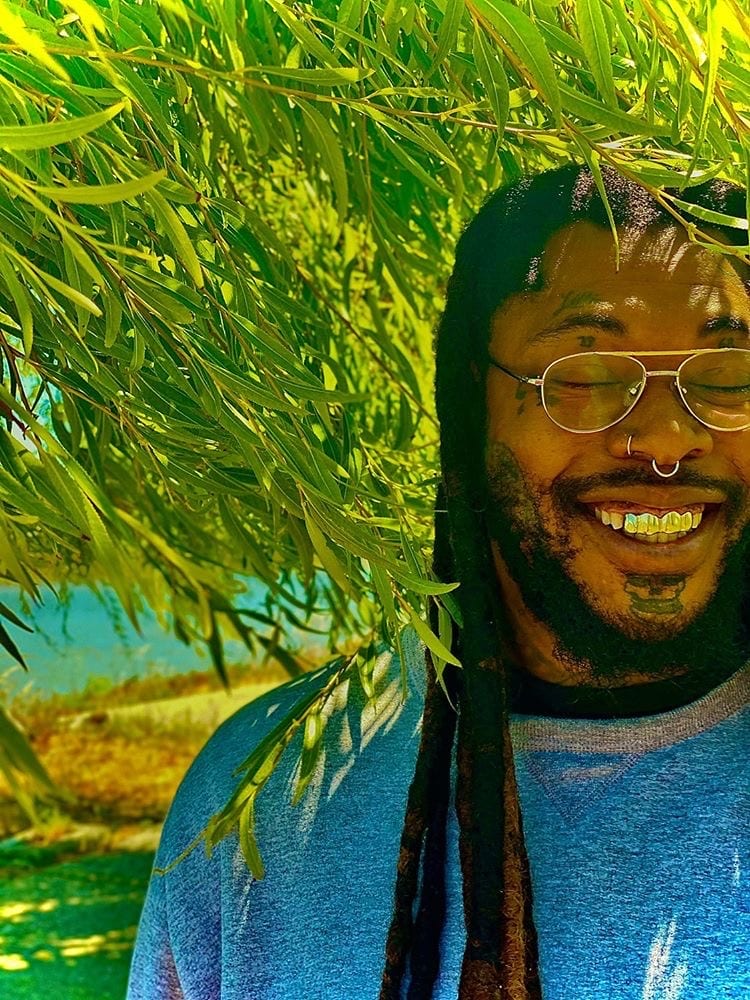 10. If you could set up in any place to tattoo, where would it be?

Somewhere sanitary, with a restroom close, lighting, a door that closes, food nearby, and a place for me to step away and smoke a joint. Pretty simple lol.