This season of My Hero Academia was so ON POINT. The students of Class 1-A matured a lot this season and we enjoyed it so much. The creators of MHA went into the depth of so many characters this season and we are so here for it! We’re so ready for season 5. We’re also a bit impatient tbh, so we’ll probably Quarantine and Chill to the Manga.Take a look at our 10 Favorite Moments!

We loved seeing this scene, as it expressed not only the seriousness of the season but the depth of Lemillion’s character. This scene showed a bit more of Lemillion’s similarities to Nighteye. It was a cool way to show you he was definitely Nighteye’s apprentice as well as what they were dealing with this season. This moment shaped Lemillion and Deku’s perspective for the coming episodes.

We really enjoyed seeing MHA concentrate on and bring out more characters from Class 1-A this season. They chose to spotlight Red Riot getting a level up earlier in the season, and his growth was really cemented in his fight with Rappa. We also got to spend some time with Fat Gum where we got to see his dope ass new form(New to us anyway).

Toga and Twice Betray the Yakuza

This scene was pretty hilarious. They straight up goaded this man into exposing himself and used the situation to betray the Yakuza. It was nice to spend a little more time with characters from the League of Villains and we got to see a lot of things from their point of view.

We were definitely waiting for this. Ever since we saw Lemillion give Class 1-A the hands we’ve been waiting on the opportunity to see him in action. We knew he’d be cold after the whole “Closet to number one” comment from Eraser happened, but even still we got more than we hoped for. Naming his ultimate move “Phantom Menace” was definitely a plus for us as well.

This was definitely a special moment. We’ve been waiting on Deku to use a higher percentage of One for All for a while now, and we finally got it this episode. His 100% ended up being a one-time thing(for now) but knowing he’ll be able to access 20% for now on gives us how for the future. Hearing Toga say “Dang Deku” was also a special moment for us as well!

This was another light-hearted moment this season, and we got to see some development in Shoto and Endeavor’s relationship. It was clear that not only was Endeavor proud, but he was trying to change as a father. It was dope to see how his views evolved as he contemplated what it means to be the new symbol of peace/#1 Hero.

Admittedly we love anything involving anime and bands, but this was a dope episode all around. We really got to see more of the school side of MHA as well as the other talents the student had besides fighting. We really loved seeing Eri have a good time this episode as she had been through so much the season(and in her life). A plus was seeing how far Deku would beat up someone just to make sure his school fest happened.

Gentle Criminal was a pretty interesting character, and we’re interested to see if he’ll make a return next season(or at all). Not only was his Quirk pretty dope but he also showcased a different path and an obsession for social media(something a lot of us can relate too). A plus was they we got to see Deku’s new gloves in action as well!

Hawks quirk immediately became one of our favorites. It’s super powerful, super useful, and super unexpected. Normally when you see characters with wings you don’t think much beyond flight, but the writers were really creative with his quirk. He was definitely above the R2-D2 level of helpful and that’s saying a lot.

This episode was so dope! We loved how this season really flushed out Endeavor’s past and powers. We got to see Endeavor struggle and win against his fight against the Nomus and in his fight to be acknowledged and liked by the people he served. Not gonna lie, we almost teared up hearing him say “Plus Ultra”, and a plus was they we found out it was the school motto! 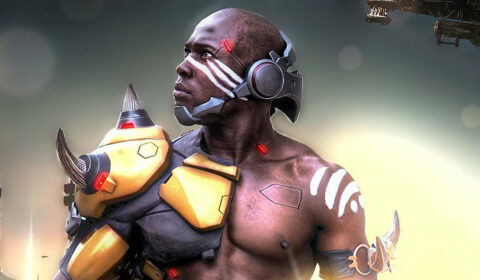