I May Destroy You is an HBO drama written by and starring Michaela Coel, and highlights a young woman’s experience navigating through the aftermath of a sexual assault. I’m always excited for a Michaela Coel joint, she’s been a favorite of mine since Chewing Gum.

We meet Arabella in Italy with her lover Biagio (Marouane Zotti). She’s been in the country working on her next book. While they make a cute couple, she brings up how he’s usually not down for PDA, and you get the feeling that their relationship isn’t fully defined. When Biagio plans for her next return, she tells him that her publishers might not pay for another trip, and asks if he can come to London sometime. This nigga gives her a flat out NO and seems like he could give a fuck if she was to never come back to Italy. The whole time this is going on Arabella gets invited to a night out by her good friend Simon. I’d love for HBO to do a little BTS clip called Biagio: A Fucking Piece of Work! A master, trained in Central European Style Fucketry. When Tierra Whack’s “Only Child” starts up in the background you can only laugh. 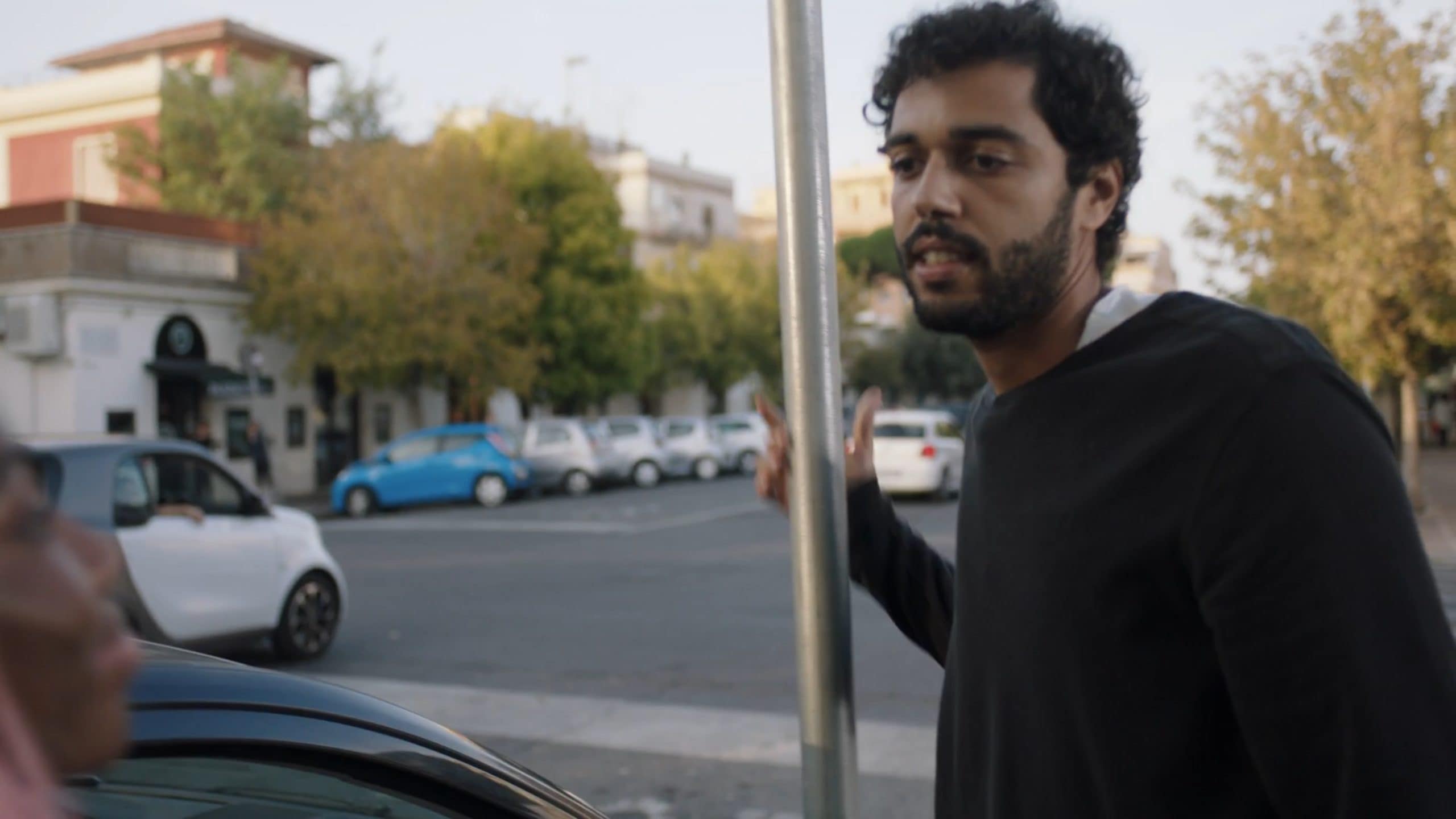 Arabella’s short for a deadline but knows how to handle her male publisher. Apparently this is getting to be A Thing, because she gets Regina George’d by what I can (and will) only describe as a British Susan. British Susan shadily tells Arabella that she knows she ain’t been bout shit but dick and posting on IG. They Good Cop/Bad Cop her into turning in a final draft at 6 am the next morning. There’s something off about this couple, and Arabella is feeling it. We then meet her friends Ben (Stephen Wight) and Terry aka T (Weruche Opia). While Arabella tells them how dickmatized Biagio has her, and T tells her about an upcoming audition she has for a feminist beauty campaign

While Bella grapples with writer’s block in the office, she is visited by Kwame (Paapa Esseidup) who is here to keep her on the straight and narrow….if Grindr has nothing better to offer. She’s also hit up by Simon (Aml Ameen), wanting to double date with his girlfriend Kat and his American cousin Derae (Ansu Kabia). It’s Derae’s last night and he wants to meet Bella. With supportive BFF Kwane laying down the law, she sticks to her guns and turns him down. Kat (Lara Rossi) offers to try one of her friends to pair up with Derae. Apparently, Derae is a gooseberry for their Tinder date. Simon wants to reschedule, but Kat is on a hunt for a unicorn and will NOT be swayed. This must be all Kat’s idea because Simon doesn’t seem to be down for a threesome at all. 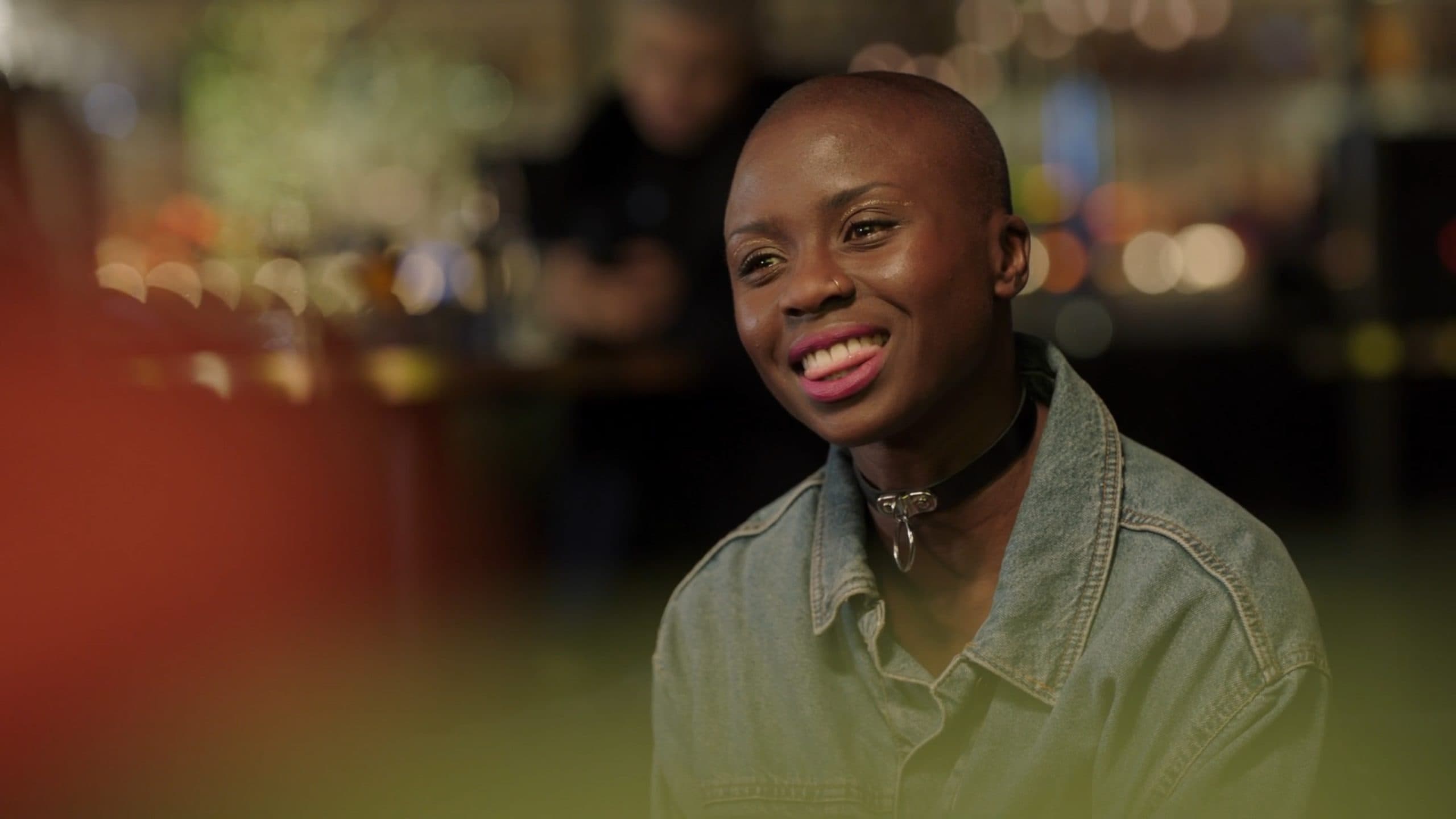 Alissa the Unicorn (photo from  HBO)

Kat Simon and Derae are out at a bar, and Kat is showing off pics of their Tinder date to Derae and inquires why he would be interested in Bella. She then goes on to say a few uncomplimentary things about her to the men. It didn’t sit well with me, namely because Kat is rocking a twist out that has been allowed to go on for Far Too Long, and should worry exclusively about her own life choices. We finally meet the unicorn, Alissa (Ann Akin) and she’s cute, she’s over sharing-millennial style!-, she’s pulling off a shaved head fabulously. The ladies seem to be hitting it off, that is until Alissa pulls the old fake emergency phone call and dips. Arabella eventually changes her mind and decides to head out to meet Simon for a bit. The night progresses as you expect it would with drugs and alcohol involved and then veers sharply off course. We all know what it’s like to be wasted, but being spiked is an awful and jarring experience. Coel’s portrayal is uncomfortable to watch but humorously entertaining. There’s a thin line between the two but Coel is a comedic genius and an expert navigator. The ending of this pilot is sudden and disarming, fitting to its subject nature. I’m super excited to see how this unfolds.

Episode 2 “Someone is Lying”

We open up with T and Arabella catching up the next morning over brunch and T inquires about the night before. Although we’ve fully surmised what has happened, Arabella really doesn’t and struggles to come up with a proper answer. After a phone call to Simon, Arabella is sure she was seen home safely, but when she describes her flashback in detail, T starts to put the pieces together. I really loved this scene because it’s so awfully relatable. I cannot tell you how many times I’ve had a girlfriend relay an awful past experience in that light, strained forced casual voice, presenting as if nothing untoward had happened. The tenderness Weruchie Opia exudes when handling Bella is heartbreaking. 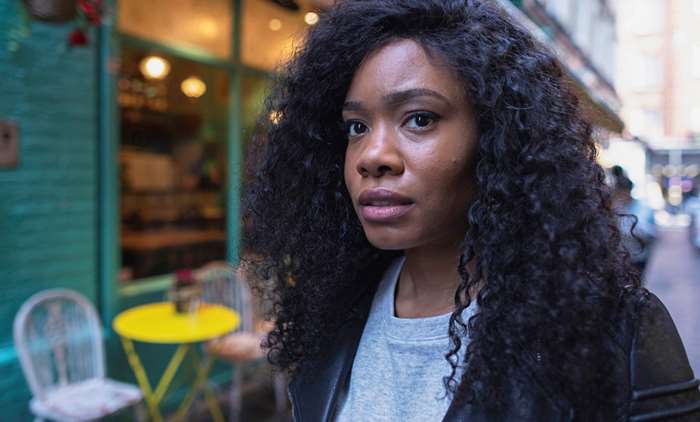 Speaking of T, we get a short clip of Working While Black: Actor Edition. While auditioning for a “feminist beauty campaign” she’s met with silly, invasive questions and a very gauche request. As millennials, we love to claim our entire generation is Progressive AF, but some of us are better at talking the talk than anything else. I really like T as a character and she’s super cute, I hope she gets more development as the show continues.

We know that Simon is hiding something, but Arabella doesn’t. She pops around and starts asking questions that poke some mighty big holes into Simon’s recollection of the previous night. As Arabella-and Kat-grow increasingly suspicious, Simon starts to acquire the squinty-eyed “can’t quite recall” look of a nigga caught in a lie. You love to see it. Aml Ameen’s portrayal is admirable; while Simon is a liar and a cheater he never comes across as truly villainous. We know he’s not the rapist but we don’t know how much of a hand he had in it occurring. Is he covering up his own tracks or someone else’s? At this point in 2020, most of us can recite rape statistics by memory. We all know that “most people are raped by someone they know” but like, not OUR friends. OUR friends would never! We don’t hang around people like that! When Arabella finds herself back at the unicorn’s house the scene that enfolds highlights how our personal guilt can also factor in how we react to being violated by someone we allowed into our personal space. I have to say the scene at the police station was so unrealistic to me as an American. The gentleness and perception the officers (Sarah Niles and Maria Gale) showed when helping Arabella come to terms with her assault was fucking unparalleled to anything the All-American Justice League has ever done. I have no idea if British Law Enforcement is that efficient in real life, but Coel’s portrayal couldn’t have been done better. After such a heavy and emotional episode, next week’s installment looks like its gonna be a bit lighter and I’m a little relieved. 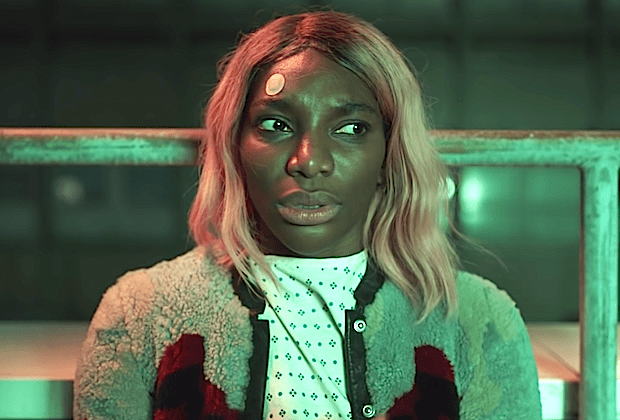