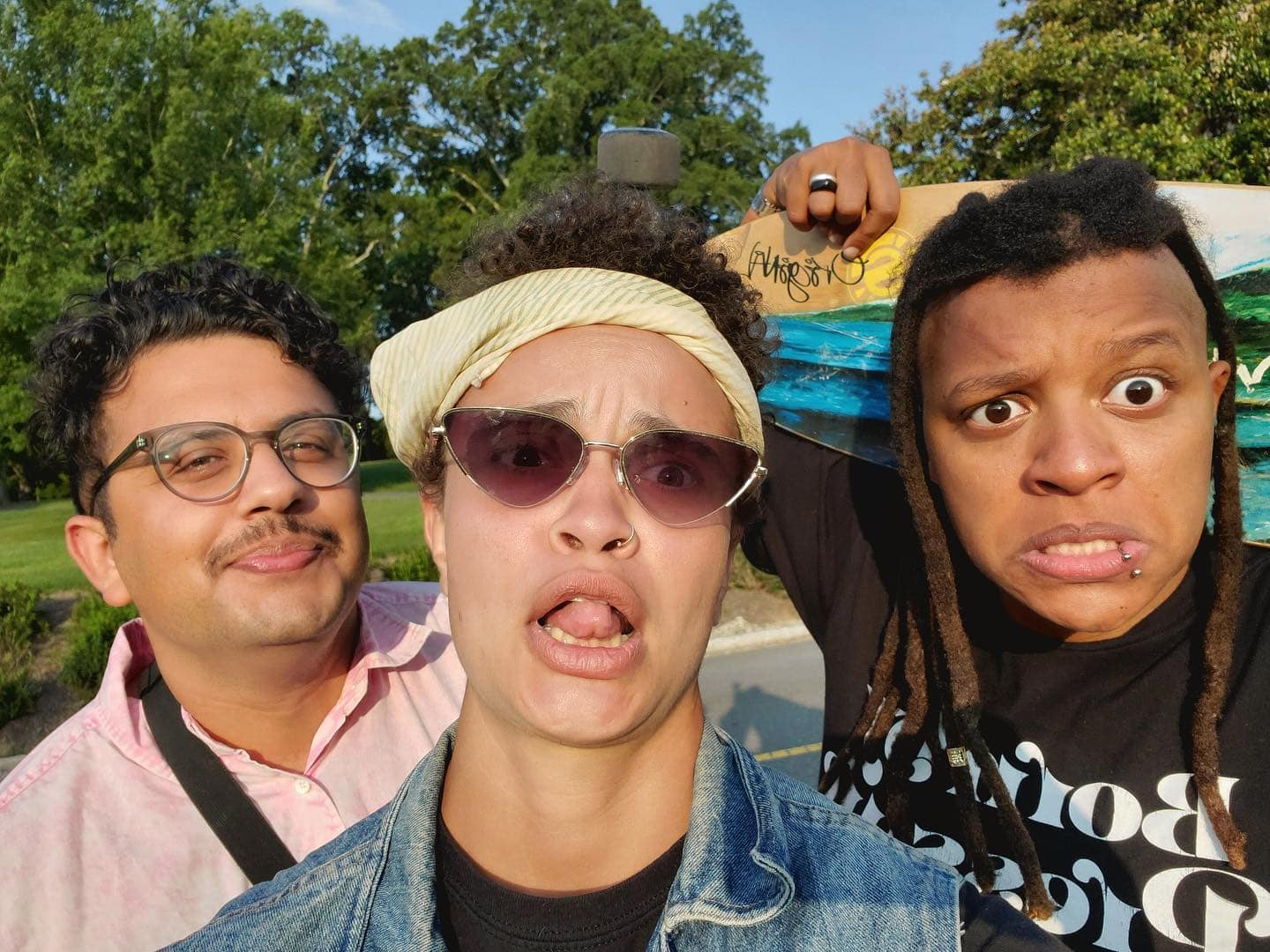 The best damn track I’ve heard all summer is here, and it’s courtesy of our friend’s, The Muslims. An anthemic, celebratory track for you to crush fascists skulls to. Coming in at a tight 2 minutes, “Fuck These Fucking Fascists” is the ANTIFA Christmas carol of your dreams. An anti-racist theme song, if you will, to scare the shit out of your friend’s fascist parents. Now, if you’ve been sleeping on the Durham, North Carolina punk crew, they make classic punk mixed with rock-rap fusion, political satire, and hardcore. In the blender that goes, alongside tales of their shared experiences as queer, Black and brown Muslims. Comprised of lead singer/guitarist Qadr, originally from NYC, North Carolina-born Palestinian drummer FaraH BaHbah, and “babygay” Abu Shu knocks out the bass. 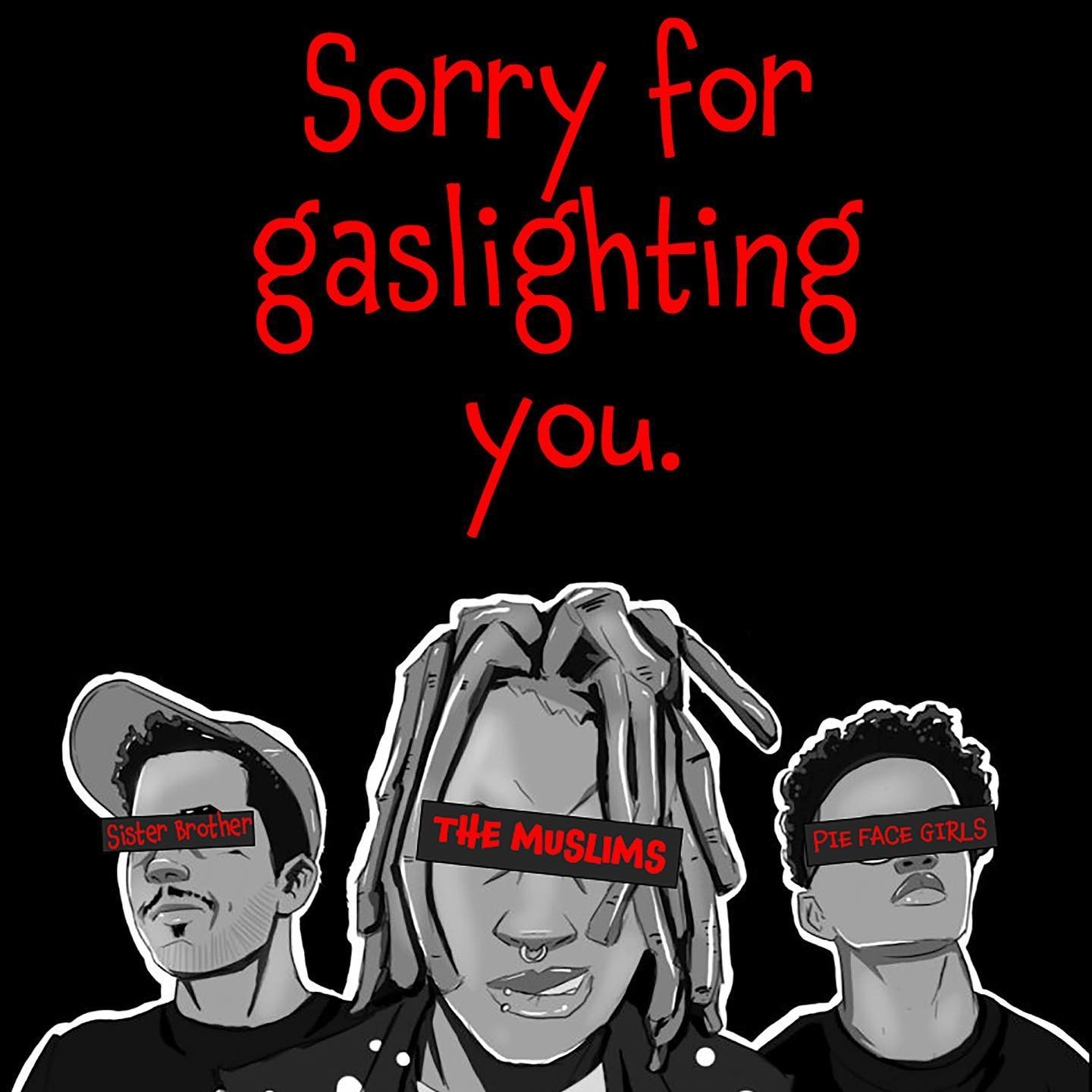 Initially inspired and brought together by the bullshit of the 2016 presidential election, The Muslims employ satirical humor in their assault on white supremacy, anti-Blackness, Islamophobia, transphobes, and pretty much anyone else who makes this world a more miserable place for us all to co-exists in. The band’s last album, Gentrified Chicken, came out last year, and takes aim at the impressive governmental failures in recent years. 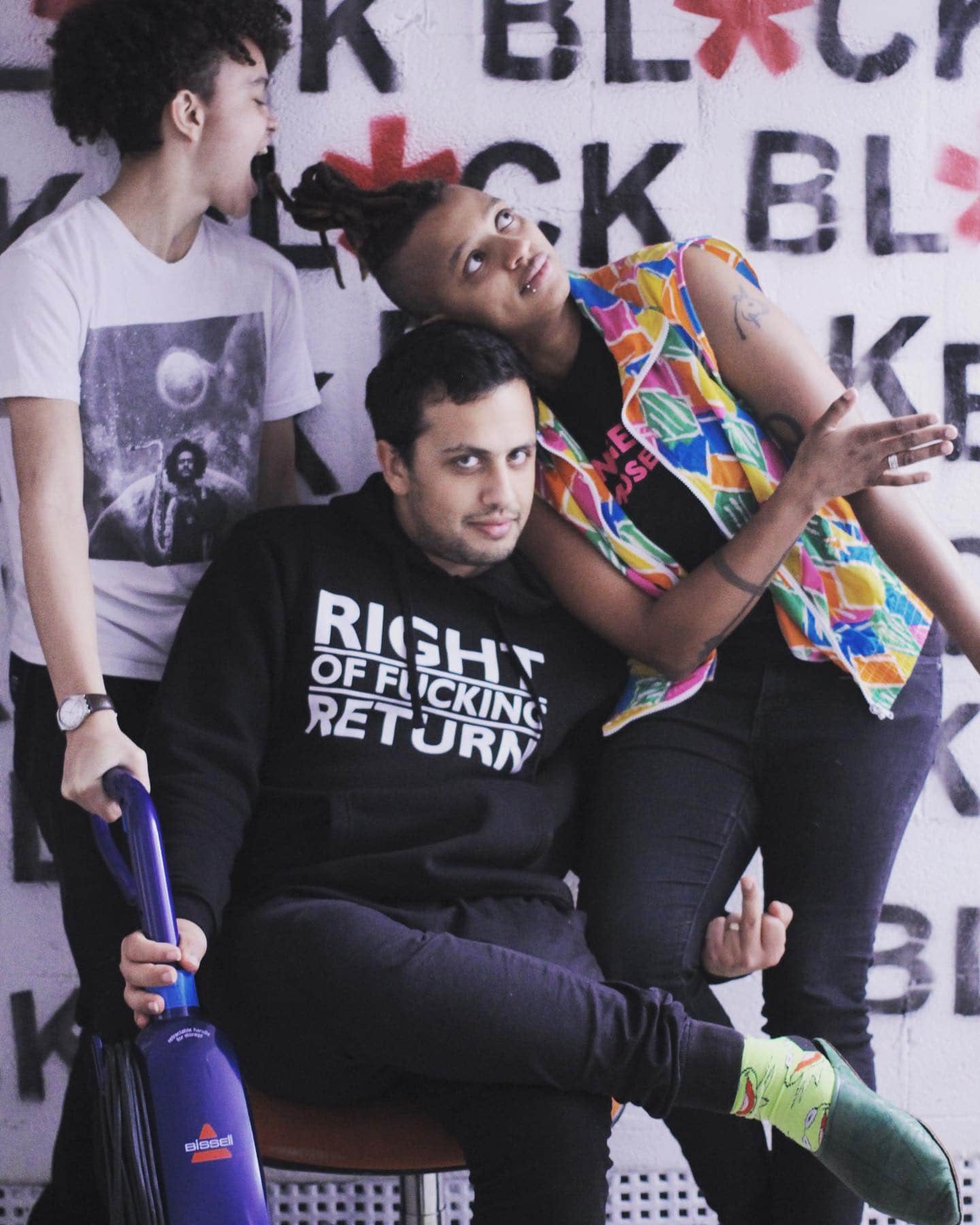 And now, post-Insurrection, this clever trio makes a mockery of goofball fascists and their hateful ways in this punchy, straight-forward bop. Issa whole mood. Check it out, below!