Holy smokes! Annamay Cosplay was our first feature this month for our Cosplay Edition and she set the bar high with her amazing cosplay, weapon construction and great photos! Make sure you check out the rest of her photos at https://www.facebook.com/annamaycosplay/ 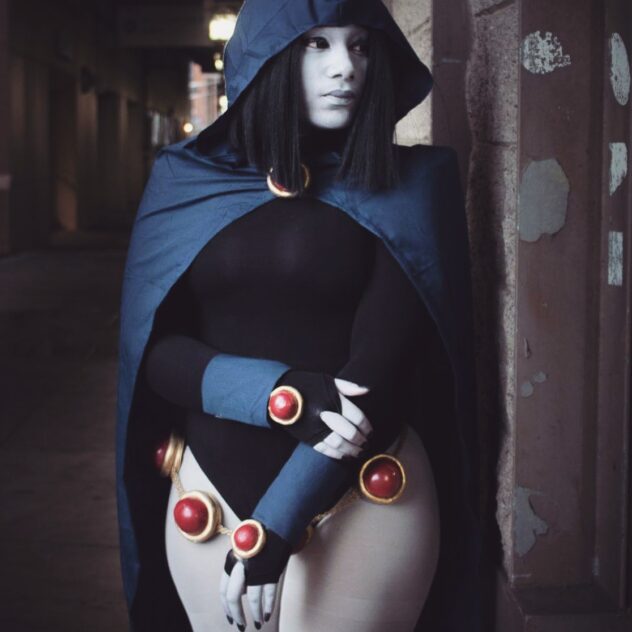 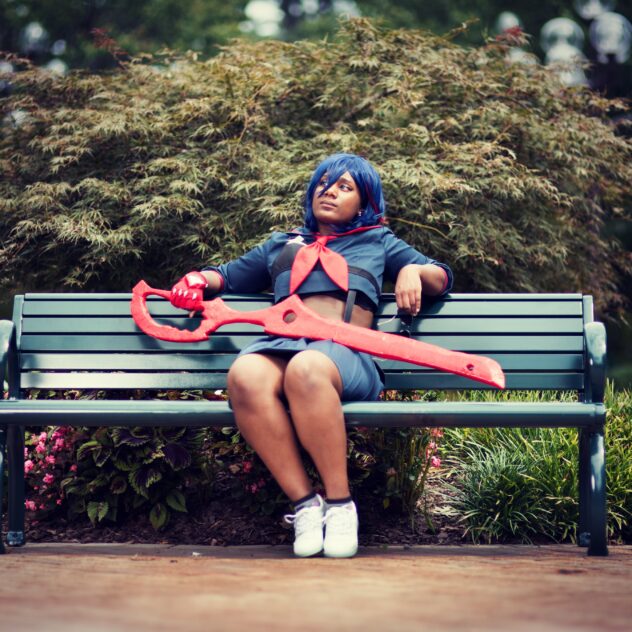 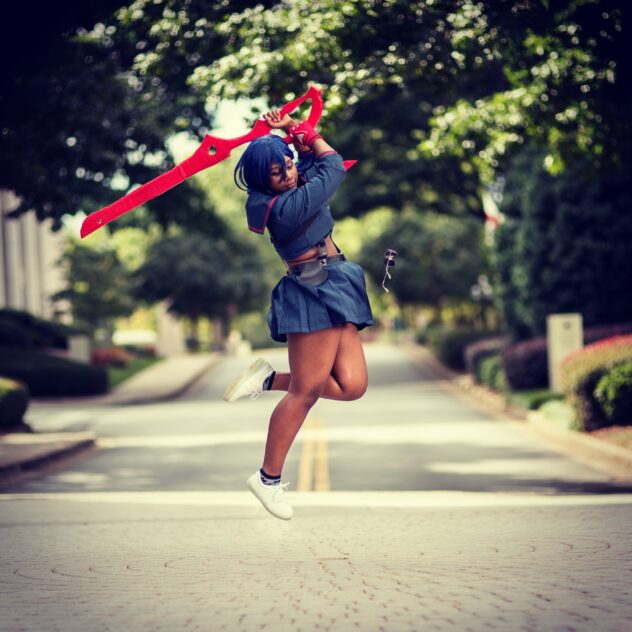 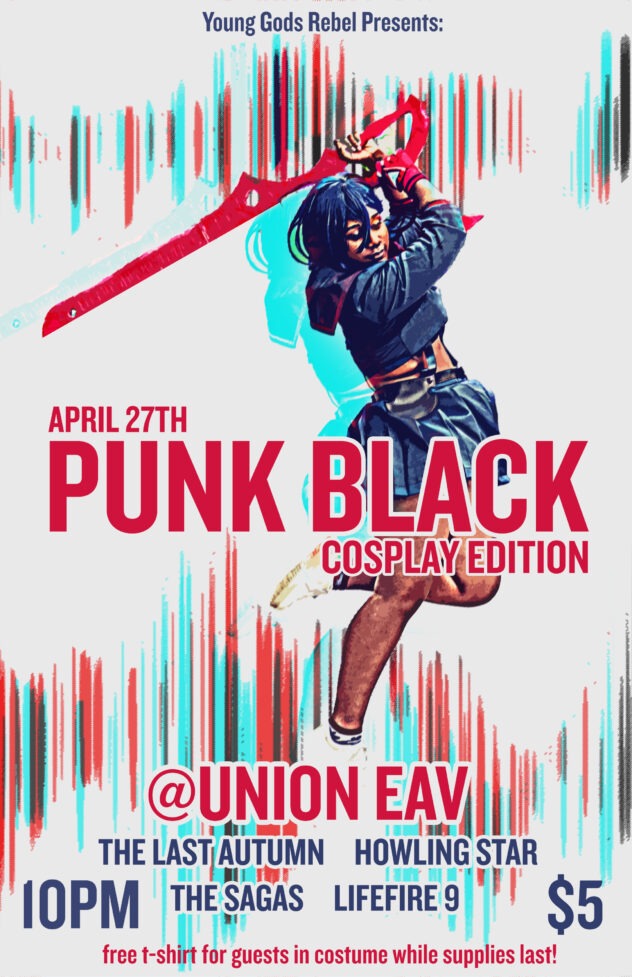 -What made you think of your Cosplay name?

It’s really crazy the way I came up with my name to be honest. My nickname is Anna so at first my alias was just going to be “Anna Cosplays” but I thought that was too boring. I thought on it for a couple of weeks and somehow came up with the combination “Annamay” I liked the ring to it because it sounds like “Anime” but without actually spelling it like the actual word.

-What made you get into Cosplay modeling?

Well I’m an October baby, so I always loved to dress up for halloween, but my cosplaying all started when I became president of my anime club in highschool. Our sponsor had funded a trip for us to go to Momocon 2011, she had also mentioned to us we could dress up during this field trip, so of course I couldn’t pass that up! My nana had helped me make my costume. It wasn’t finished, but I still wore it anyway. It felt nice to go to the event and geek out with others that were also dressed up. It helped me feel apart of it all.

-How long have you modeled?

I officially started last year when I decided to actually get serious about cosplaying again! I had fell off for a very long time, due to financial and personal troubles. I loved my cosplays and wanted to capture them in really nice photos, so that’s when I decided to pursue cosplay modeling itself. It just feels fantastic to get into character and just show the camera what you’re really made of ya know? Just to embody that character you become and let loose is just, it’s freaking great man.

-Who’s your favorite character to model?

My favorite has GOT to be Ryuko Matoi. Ever since my friend had put me on to Kill la Kill I never turned back. The moment she came of screen and I heard her talk, I was like “Holy shit, this is my girl. I’ve got to watch this damn anime now.” I just dig the hell out of her attitude and personality. Ryuko also reminded me of myself a lot.

My second favorite would have to be between Ramona Flowers and Michiko Malandro. I’ve always enjoyed Scott Pilgrim VS the World, and I had recently finished watching Michiko and Hatchin. Both are fantastic stories. Both these girls are also my aesthetic.

-Do you buy outfits or do you make them yourself?

I make the majority of my costumes. Normally whatever I buy, I end up just making it myself and giving away the store bought pieces to people who may want them. I try to lean more towards making my cosplays though, because it makes me feel accomplished as a person. It’s just more of a rewarding feeling for me when it comes to my craft instead of store buying.

-What do you feel about the presence of (or lack thereof) POC in the Cosplay scene?

I enjoy that there are more of us and we are not afraid to show ourselves. I didn’t see much of us at my very first con, but when I finally came back into the con game it was AMAZING! Now everywhere you look, there’s a black cosplayer. What I did notice is though, is that I see us more in person, than I do on social media. I also would like to see more than the same poc cosplayers over and over that are very well known. During 28 days of black cosplay, I do notice a lot of people share the same cosplayers, when there are thousands of talented poc cosplayers out there. I just want it to get to a point where all of the faces of the poc cosplayer community are shown and acknowledged. Both professional and beginners.

-What are your favorite Cosplay events to attend?

I’ve got to say that my favs are MomoCon, AWA, and DragonCon. I actually plan to go to Otakon this year, and I’m excited as heck for that.

-Will you be at PUNK BLACK Cosplay Edition?

Will I be there? OF COURSE! I don’t see why I wouldn’t show up. Not only am I showing up, I plan on showing out in a cosplay too.

-Are you watching any dope animes or any shows with Cosplay worthy characters?

Right at this moment I haven’t really watched any new animes. I actually do plan on re-watching some old ones from the past. But I did take a peek at Hero Academia and I’ve got to say, that anime has some really amazing cosplay worth characters.

-What are your top 3 favorite animes?

This one is actually really tough

-Who was the photographer of your chosen photo?

My photographer was Leon Johnson of Yusuf Johnson Photography.

-Can you tell us anything about them? Maybe why you dig them as a photographer or a cool story about you two?

He is a pretty down to earth dude! He made me feel super comfortable during my very first shoot and I plan to do normal modeling shoots with him along with cosplay shoots as well. He always shares his work with me too and I’ve gotta say guys, his work is nothing to play with.

-Is there anything you want your fans and the fans of PUNK BLACK to know?

I want you guys to know, to never give up on your dreams. If you wanna do something, then get out there and do it. I know that sounds really corny and it’s been said trillions of times, but only you can show you how badly you want something. Trust me, I’m still struggling to keep up with what I want to do because I flake off of it sometimes. It’s not easy, but once you get started and keep at it, you will never have a feeling greater than knowing you are doing something you love and people are loving it too. And PLEASE don’t be afraid to ask questions and network. Make friends that can teach you, as well as you teaching them. There is a truth to there being strength in numbers. All in all, just go out there and never be afraid to show up and show out. I see ya’ll.