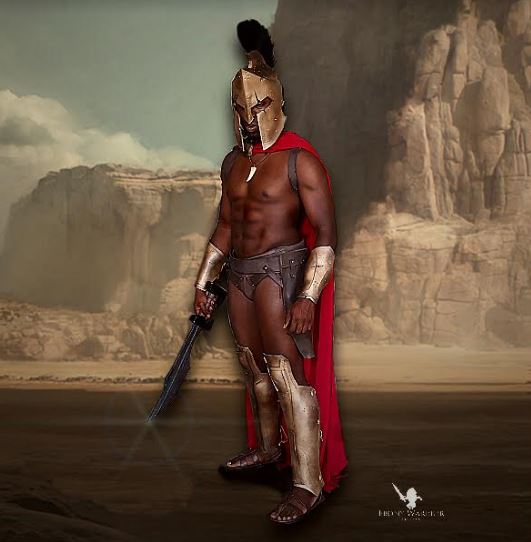 What made you think of your Cosplay name?
The Ebony Warrior is a force to be reckoned with in the world of Skyrim. The player can only face him after reaching peak XP levels. He is clad in beautiful ebony armor and he himself is a man of color. I just love his character and wat he stands for, justice.

What made you get into Cosplay modeling?

Just about a year now.


Who’s your favorite character to model?


Carmine from Gears of War 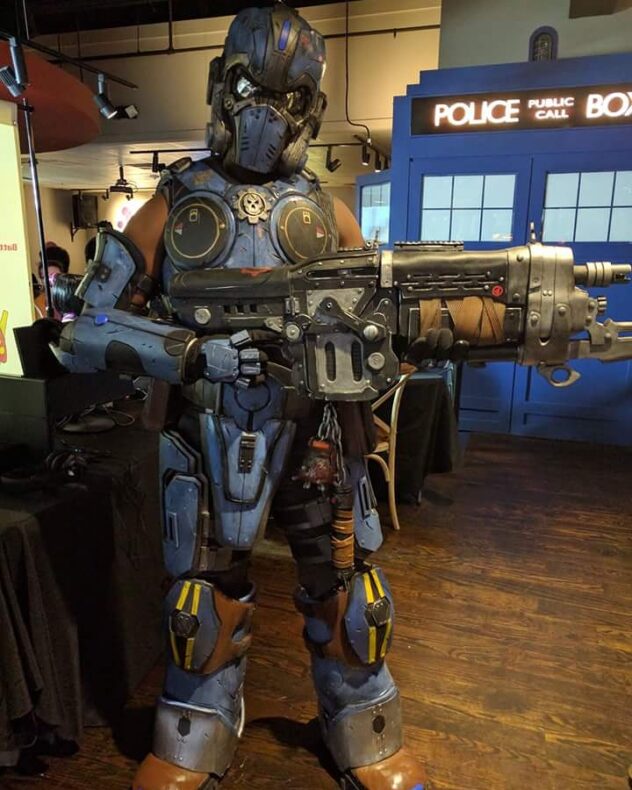 Is there one particular cosplay that you’re dying to do?

The armored Arbiter from Halo 5

Do you prefer to buy your cosplays or make them yourself?


I make everything of mine from scratch using handdrawn templates.

What do you feel about the presence of (or lack thereof) POC in the Cosplay scene?


We are still very few in number and we don’t often get recognition, especially POC males. Its my intention to break that mold. #RepresentationMatters 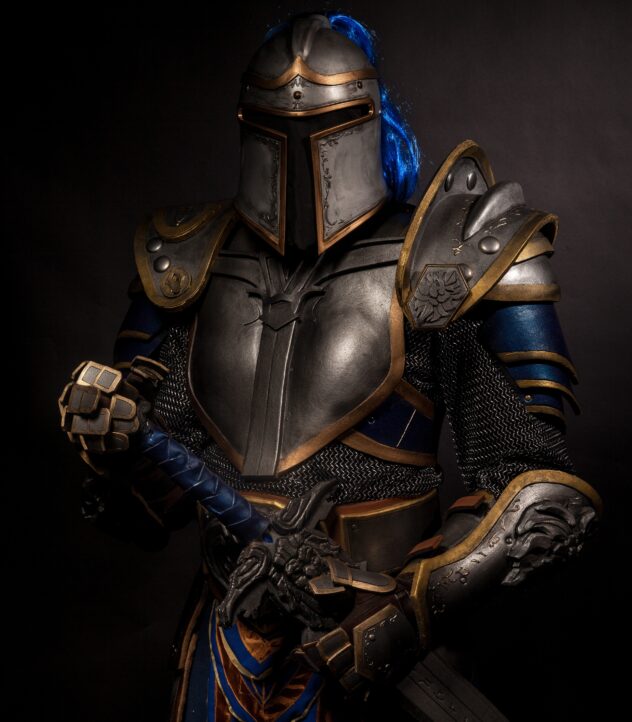 What are your favorite Cosplay events to attend?

I love conventions, especially ones with dance parties. Cosplay allows me to get out of my introverted shell and interact with new people.


I LOVE all things done by Weta Workshop. I hope to one day do work for them. 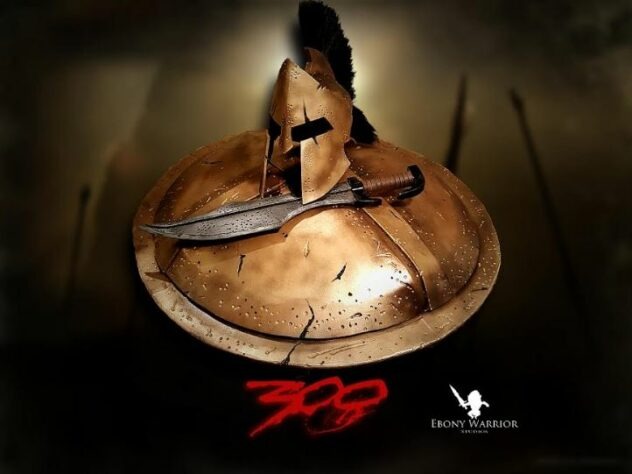 Who was the photographer of your chosen photo?


An eye for detail is something i always admire in a photographer!

So DragonCon 2016 was the first time I wore my Batman armor to a major con. As many of you know I’ve had to deal with issues regarding bigots who can’t seem to wrap their mind around the idea of a black guy cosplaying Batman, because “Batman is historically white, there are plenty of black characters you could do instead”. Well I cosplay batman because I love the character and because representation matters. When I say it matters let me tell you what happened on the saturday of DragonCon this year. I was walking around posing in my Dark Knight when I happened upon a little (POC) boy in a black and yellow batman costume. He couldnt have been more than 5 or 6. WIth him was his mother. This little boy saw me approaching and immediately stopped dead in his tracks, tugging at his mother’s hand. I could see him point at his hand (the skin) and then pointing to me. I approached and he was a little intimdated at first as any little kid is when meeting a lifesized armored character. I knelt down and reached out my hand for a high five. With all the force he could muster he slapped my hand, with the biggest smile on his face. He told me he wanted to ask me something so, still kneeling I leaned in with my ear. “Batman” he said timidly “You’re brown, just like me! Does that mean that I can be a real superhero someday too? I don’t see a lot of brown superheros…” If you know me, you know that I dont ever break character but I broke down when he said that. His words touched the deepest part of my soul. I then ignored my #1 batman rule and removed my cowl so he could see my face. His face lit up and I teared up even more. I looked this kid dead in the eye and said “you can be any superhero you want to be and dont ever let anyone tell you different. Being a brown superhero is a very special thing and I know you’re going to make a great one.” He nodded, still grinning. I put my cowl back on, wiping away the remaining tears and trying to get back in to character. The boy’s mother was moved by the exchange as well and let me know that I had made her son’s day by doing what I did. Think about this. These kids are growing up in a country where you can so easily feel like “less than” because your skin is darker. Police brutality and racism are being made ever so visible by today’s multimedia outlets and these kids aren’t blind, they take that in. For kids like this little boy, the idea that you can one day be a superhero, no matter what your skin color is, opens up a whole new world for them. This is why I cosplay. This is why I’m The Batman. #RepresentationMatters

Upcoming Guest Appearances can be found on my website below:
Ebonywarriorstudios.com

Follow me on social media and join the fight against racism and social inequality.