Recently we had the dope opportunity to interview L.A. based musician and owner of ALT-KAOZ, Kelvin Kaoz. We got to talk about a range of things from the his upbringing and musical inspirations, the L.A. rock/punk scene, and how PUNK BLACK inspired him to to launch his own black alternative platform. Check it out!

So you were born and raised in LA, what was it like growing up on the west coast?

I was born in LA but I’d moved to Alabama when I was 4 and my memories developed there. I’d grown up believing I was born in Alabama but when I was 6 I moved back to LA and to my surprise, I was actually from LA this whole time. As a kid it was difficult to adjust at first because I’d went from the best speaking person in Alabama to a country bumpkin until my accent went away. I went to a black school in elementary and every other school was multicultural so I had a foundation for what would be my future early on. I also learned Spanish in grade school because our class had a lot of immigrants.

When did it come to you that your general and creative interests were different than those among you?

I’m an only child on my moms side and grew up with just my imagination. I lived with my mom, aunt, and cousin in a house full of women. My cousin and I are like brother and sister but we stayed in our respective rooms a lot. I was always the weird one in my family and I just figured it was like that. I didn’t really notice I was weird until high school. I took drama, was the president of the art club, and started playing guitar (my dad had sent me one instead of a violin)

Can you tell us about the punk scene in LA?

The punk scene in LA is very spread out. LA is huge and every city has its own scene. Like the San Fernando Valley scene is where the most experimental rock stuff happens, jazz tends to overtake the downtown area and they have their own new bands, Silverlake is a hipster singer/songwriter vibe. Hollywood is where all the glam stuff is. Then every has shows at a lot of the same venues. There isn’t really one group that dominates the alt music scene out here. We all support each other’s gigs out here. There’s a lot of backyard stuff because the larger venues are pay to play which is a rip off for music that isn’t as popular in LA so you’ll see punk dudes, hip hop heads, metal bands, and whatever else at house shows in LA. 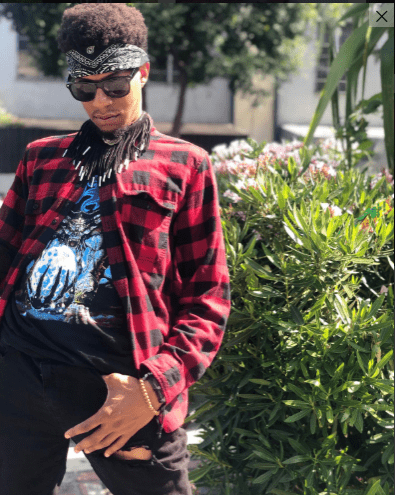 What made you want to pursue music?

I’ve been playing music since I was 8 or 9. I felt it was the career path for me because it came really naturally to me. The idea of practicing for hours on end the same 4 bar phrase, never seemed tedious to me. As far as doing it professionally, I took a few classes in college and being in the music department and seeing there were so many people just as passionate as I was made me feel like I wanted to spread that across the world via as many mediums as possible.

What kind of music did you hear in the house growing up?

My mom has an eclectic taste in music. I heard everything from Patti Labelle, Toni Braxton, Babyface, to Cindi Lauper, the Mamas & the Papas, and Tina Marie. My mom and aunt mostly loved R&B, new and old, but we’d go to Target every Tuesday and get whatever new music came out that week and jam to it all week.

So you’re not just a musician, but you’re also a producer and educator. Can you tell us more about that? I started producing because I had a lot of ideas to make authentic trap metal. I was hearing a lot of guitar loops on beats and thought it would be amazing to have actual metal song development on modern drums so I started making and selling beats as practice to get to my ultimate goal of trap symphonic metal. As an educator, I’ve been working with kids for over 10 years and I’ve gained a lot of joy working with babies and kids when they are in the early part of their love for music. I didn’t have a music teacher after I did orchestra in 5th grade and was self taught until college which would be 8 years later. I always felt I’d have been a prodigy if I would’ve started sooner and I feel it’s because I didn’t have the proper music education. My mom, bless her heart, couldn’t afford it. So I’ve always had this idea that I want to help as many kids as possible get as much info as possible to pursue music whether as a hobby or professionally.

What do you enjoy the most, singing/songwriting, producing, or guitar playing?

I enjoy guitar playing the most. I’m a guitarist by trade. I love to create the things in my head that haven’t existed before but I always do it unplugged before I actually record it. 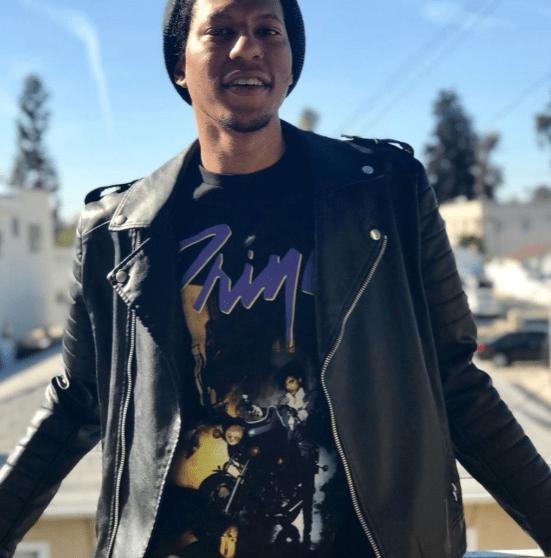 Do you feel that there needs to be more diversity in the punk/alternative scene?

Most definitely. Considering so many people of the global majority (formerly POC) have a rich cultural history that they can draw from to create sounds that have never been heard before. So many of us worry about marketing and branding that we’re afraid to take the leap. It’s not necessarily because the demand isn’t there because it is. I feel a lot of great musicians tend to go for the pop stuff since is supposedly makes more money. It is EXTREMELY competitive though so I feel that the global majority should do both. Make you’re own music and play with the mainstream stuff. .

Do you have any upcoming releases in the near future, and is there anything you want to incorporate more in your music?

I I want to incorporate more of my styles in my music. I’m planning on releasing at least 3 music projects this year. I am a classically trainer guitarist and I love Spanish and South American rhythms a lot and would love to incorporate more of that into my music but with metal influences as well as my classical influences. I also studied voice and art songs and am going to be including much more singing in my music. I actually do even rap. I did the rap project to work on mixing vocals better.

So recently you launched a media platform called Alt-Kaoz which is dope as hell. Tell us more! What are your goals and what’s your mission with that?

My goal originally was inspired by Punk Black and I wanted to establish a performing platform for artists doing  Global Majority Alternative music because I thought It would be great to see bands that looked more like the diversity I’d experienced growing up having their own festival in LA and not be bound to music related to their ethnic background. Also, I’d hear a lot of folks complain about racism from other alt brands and I thought well why do you buy from folks that look like you instead. Lots of folks said they didn’t know where to find the companies and I had been staying peeped up on this kind of stuff because I don’t often buy from mainstream companies and I started to connect folks that were looking to spend money on Global Majority members rather than white folks that don’t have diverse representation. I figured instead of us begging for attention, why don’t we collectivize and spend our money on each other and build each other up organically. 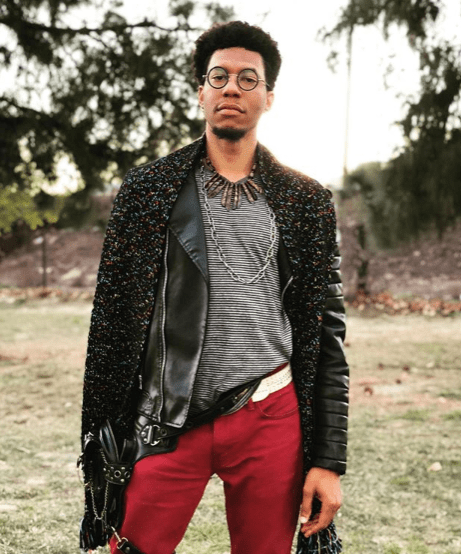 I went on my first tour this month and I’m looking to do more of that. I am working on songs for my band called Order & Kaoz. The music is going to be a combination of all my most prominent music styles which include R&B, Soul, Folk, Metal, Blues, Hard Rock, Grunge, Glam, Classical, and Jazz. I’m calling it AfroMetal right now because it’s the history of American music as told from the eyes of a black man from South Central LA. i also want to keep putting out my hip hop Inspired rock/metal tracks under the Fresh Prince of Darkness moniker. It started out as a fun thing to say to get folks to listen to my podcast but it has stuck and that is now what folks are calling me. Im excited to drop a visual for that project as well. im working to have a website for Alt Kaoz and a dedicated newsletter showcasing artists, models, entrepreneurs, musicians, and filmakers of the global majority. I’ve been building up my teaching program called Fresh Crisp Music (for little kids and babies) and Kaoz Conservatory for adult students. I’ve got a web design and social media marketing company called Kaoz Concepts where I take artists that need help with branding and social media and build their persona from the ground up and help them being profitable being a musician/artist in 2020 and I’d love to play a show with my original music outside of LA for the first time.

For the latest on Kelvin’s endevours and moves, check him out on his social media platforms below!