Alita does her best Ghost in the Shell puppet show but just falls short of glory.

There were admittedly strong and overdone Judeo-Christian overtones in many of the scenes. Nearly a century after the last major world war where ancient aliens attacked Earth, there are two remaining cities: Zalem, a metaphorical heaven where all of the wealthy people reside and Iron City, a dangerous expanse of city for all other working class and degenerate people. 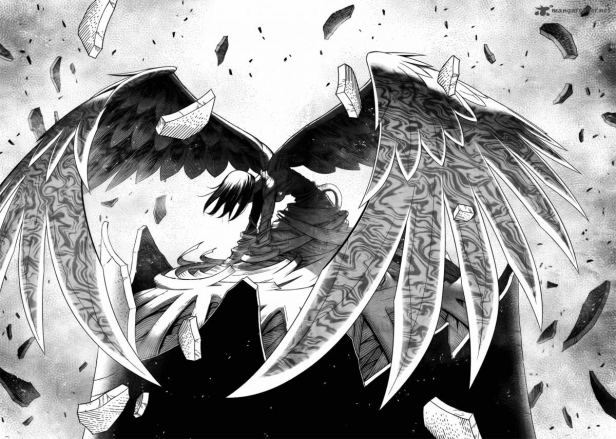 Alita is dumped from Zalem to the junkyard and found by scientist/bounty hunter, Dr. Dyson Ido, who fixes the cyborg population’s busted and stolen parts for free or for food. Ido is possibly a parable of “The Maker”, God, while Alita is Jesus dressed up an amnesiac ancient bio weapon. She slowly realizes her potential and bears the “cross” of saving the citizens of Iron City from being torn apart by the wealthy in Zalem.

One of many of the major flaws of Alita is the lack of control she has over her body. The men in her life, Ido and her forced lover interest Hugo, tend to force their ideas of who she is and what she will be like on her. At one point, Alita saves Ido from mercenaries and decides to become a hunter of baddies herself. Despite the fact that she is a trained killing machine, both men attempt to tell her what she can and cannot do with herself. Ido even goes as far as to refuse to fit Alita with the cyborg body to prevent her from becoming the fighter she was trained to be.

There are echoes of the masterpiece series Ghost in the Shell at times. Sadly, she does not possess the same curious, haunting nature of Motoko Kusanagi. Alita is baffled and childlike in her questioning of humanity while being easily influenced. Yet Motoko was an unflinching character study in how to evolve in such a connected, fast paced society while still feeling isolated from everything.

Overall, I wanted to like Alita but the movie fell into trope after trope and just couldn’t get its footing quite right. Maybe the inevitable sequel will better solder the wires of this flimsy take on humanity versus AI.