Mary Shelley’s novel Frankenstein; or, The Modern Prometheus is the origin point and genesis of modern science-fiction, a tragic tale that depicts the horror of what transpires when mere mortals use science to play god and a door to the future of all humanity. The same door cruelly opened by Frankenstein’s iconic monster leads directly into the world of Ridley Scott’s Blade Runner. Blade Runner, is a breathlessly electric and influential science-fiction film inspired by Phillip K. Dick’s seminal novel Do Androids Dream of Electric Sheep? Both the monster in Frankenstein and the replicants in the Blade Runner universe explore the dilemma presented when one is despised by their creator: humans. Replicants are human excepting a few important limitations but they are also in many ways more than human; yet, despite being crafted to emulate humans to a stunning degree, skating on the very edge of emotion, and even exhibiting a desire for more life, they are treated as merely just another tool of humankind, expendable machines. The moral and philosophical crises put forth in Ridley Scott’s 1982 classic Blade Runner film have been addressed more recently in Denis Villeneuve’s well-received 2017 sequel Blade Runner 2049 and its three accompanying prequel short films, the best of these being the anime short film Blade Runner: Black Out 2022 (it is readily accessible with a quick Youtube search), a fifteen-minute masterpiece of animation directed by the legendary Shinichiro Watanabe (Cowboy Bebop).

It is no surprise that an immeasurable amount of hype was generated once Adult Swim and Crunchyroll announced the premiere of the Blade Runner: Black Lotus anime series on the famed Toonami lineup this year. The anime series is set chronologically in between the original Blade Runner film era and the Blade Runner 2049 era. The 13 episode season is set in the year 2032 of the Blade Runner universe, approximately 10 years after the events of Watanabe’s majestically crafted Blade Runner: Black Out 2022 short that served as one of the 3 prequel shorts to Blade Runner 2049. The Black Out 2022 film sets an impossibly high bar this new anime series could never hope to pass. When you give a man like Shinichiro Watanabe, who is responsible for Cowboy Bebop, Samurai Champloo, and Macross Plus among other classics, a Ridley Scott level movie budget to make an anime short, you’re going to get unsurpassable genius work… which is exactly what the studio got from him. That being said, there is much to be discussed that is great about the Blade Runner: Black Lotus series regarding how it manages to stand out on its own merits.

Even though the CG animation employed in Black Lotus fails to meet the celestial standards of Black Out 2022 concerning character modeling among other arguable flaws, the world-building aesthetic and background art in this series is at times breathtaking and damn near photorealistic. If you are a genuine fan of the Blade Runner universe, directors Shinji Aramaki (Appleseed) and Kenji Kamiyama (Ghost in the Shell: Stand Alone Complex) sell this world well and it shows. The contribution of Shinichiro Watanabe as a creative producer can be felt lingering amidst the dystopian urban fog. Some scenes are so legit your jaw will drop unfathomably low as you’ll swear they’re straight from Ridley Scott’s cutting room floor. Still, the story development in Black Lotus supersedes its artistic achievements and remains its best asset. The feminine perspective of the protagonist is a welcome addition to the Blade Runner universe and Elle’s character conveys the pain of a replicant’s existence in ways we have never seen before alongside some unexpectedly kickass fight scenes. Political and corporate intrigue enhance the surreal sci-fi noir setting. Though the series’ artistic execution is not always perfect, after watching all seven episodes before its current midseason holiday break on Toonami, the plot only gets better and better as it progresses. This expansion of the Blade Runner mythos sucks you in like a sick singularity — with no hope of escape. Perhaps we shall all find hope for the monsters we are and the ones we create.

If you’re a complete Blade Runner junkie like me or just want to dive straight into this series to see what all the hype is about, this Christmas day on Saturday night at midnight, Toonami is having a marathon of all 7 episodes from 12 AM to 3 AM!! Every episode is also currently available to stream for free with subtitles at Crunchyroll.com. New episodes of Blade Runner: Black Lotus will resume Saturday, January 1st, 2022 at midnight on Toonami. Happy Holidays Punk Black Nation!!! Peace until next year. I’m out there.

All rights to the images contained within this article are retained by their owners and publishers and are not the property of Punk Black. 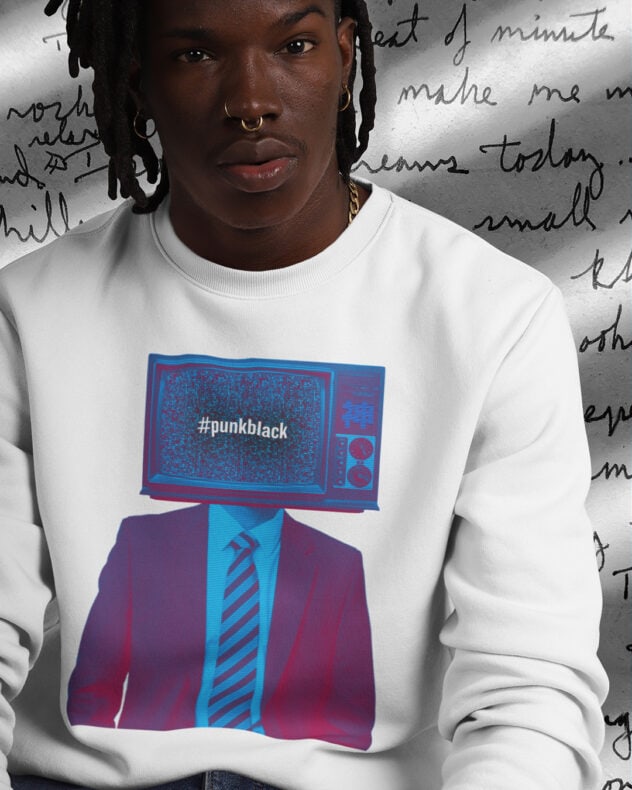