Based in North Carolina, we’re beyond thrilled to provide a review for the unforgiving black/brown and queer punk band The Muslims on their upcoming release of their debut album ‘Mayo Supreme’, which drops April 1st. Band members include drummer FaraH BaHbaH,  vocalist and guitarist QADR, and bassist Abu Shea.

As soon as I saw the album cover, which seems to mock a classic ‘all American family’ photo, I knew I had to prep myself for no mercy. For those reading this right now- after giving this album an exclusive listen, let me just inform you  that this album is absolutely NOT for the light hearted, easily offended, or the soft! On this album, The Muslims have made it crystal clear they are not around for the bullshit when it comes to oppression, racism, and white people problems.  I’m happy to say that they’ve blessed us with 12 tracks of that as well.

Listening closely to the lyrics of the songs, and without spoiling too much, a lot of their lyrical content will have you sit back and say “damn, that’s real.”  Not only that, the content is expressed with absolute rage with a little bit of humourous pettiness towards the social and political issues addressed through their music (which I personally live for). Although the album consists of fast punk/rock-based sounds, you can definitely hear and feel a lot of rhythmic and hip hop influence in some songs which give it that extra kick. As not just huge punk and metal head but a hip-hop head too, it’s very cool to hear and I love when both of those sounds fuse together. You’ll hear this on tracks such as “ShirkJerk” and “Crackhead” especially. 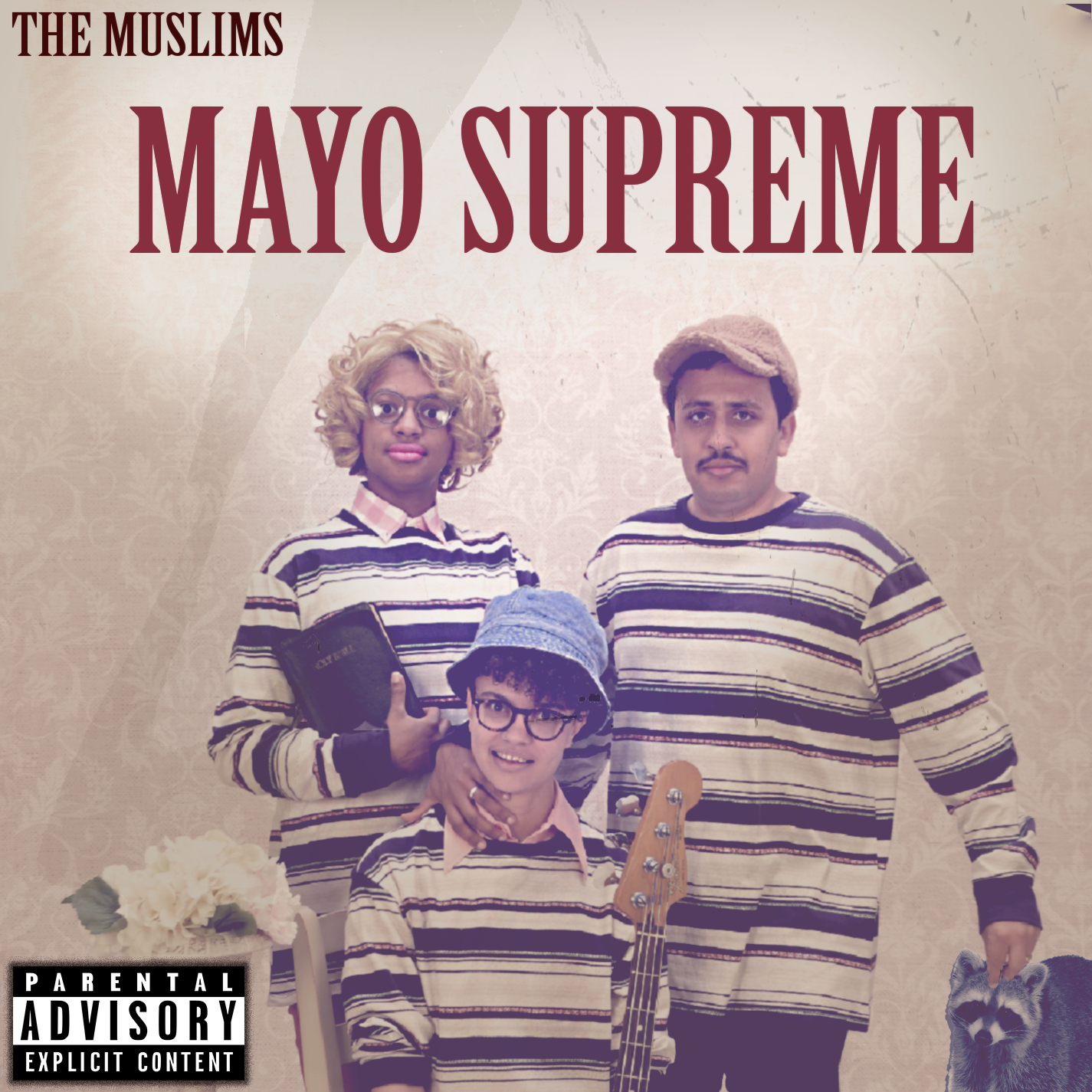 Favorite tracks from the album:  ‘YA LATE’  and ‘America the Great’  -which are basically two “fuck you” anthems to those who don’t think racism is still alive and well in our country and that we are all “equal”.

Since we love you guys, and with the approval of The Muslims themselves, here’s an exclusive listen to ‘ShirkJerk’, the 5th track on ‘Mayo Supreme’! *Sounds the alarm*

Punk is more than just the fashion or the sound of the music. It’s about sending a message. It’s brutal honesty, even if the truth hurts. It’s about standing up and even screaming for what’s right even if it makes people uncomfortable.  With their upcoming debut album, The Muslims did just that. CONTINUE TO HIT THEM WHERE IT HURTS! Not everything can be a safe space, and they blow some serious smoke.

‘Mayo Supreme’ drops on April 1st on Don’t Panic Records and Distro! Pre Order it now here! For more on The Muslims please check them out on Instagram @themuzlimz and on their website https://themuzlimz.com/! You can also find them on iTunes, TIDAL, Napster, and Bandcamp.